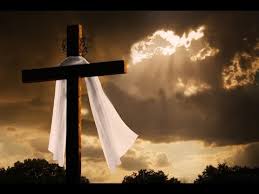 Romans 13:11
[ Put on Christ ] And do this, knowing the time, that now it is high time to awake out of sleep; for now our salvation is nearer than when we first believed.

I write this from 33 thousand feet or so heading out for a family vacation. I needed to get away, that I knew – I just didn’t know how badly.

As I sit here, against the window with the shade drawn, I can feel the heat of the sun working on the plastic shade. It is warm and, if I were to leave my had on it for a prolonged period of time, I would assuredly come away from the experience with a nice red burn

It is striking to me that this is how God works in my life. As my mind clears of the mundane day to day, worldly concerns, God steps in and says, ” hey consider this. Go ahead, ask me the question that is really troubling you.”

It is like the heat coming through the window shade; once it has been noticed it can not be ignored.  With persistence it demands consideration. Further, If I ask the question, I know God will answer it and like the heat wafting off of my window shade, it might burn me. Yet, the Lord of the universe loves me. I am his child. For this reason I am not afraid. Scripture say that the Lord chastens whom He loves. So, if I am to be chastened then let it be with a holy fire that burns away all my inequity.

Like most things, it is not simple; or perhaps it is and I, in my flesh am determined to make it difficult. The answer, I suppose will come at the due time. I do not wish to terry long so: as a Christian committed to preaching the gospel, how much of the world system am I to avail myself of? How involved am I to be? At what point does my involvement in discussions revolving around the politics of the day take the focus from Jesus and put it on me and my opinion or the world at large? There it is and no matter the answer God provides I will obey.

Romans chapter 13 tells us to put on Christ – our salvation is nearer then when we first believed. It also tells us to wake up. I have written at length about walking in the spirit; being led by Christ in humility.

Luke 9:23
[ Take Up the Cross and Follow Him ] Then He said to them all, “If anyone desires to come after Me, let him deny himself, and take up his cross daily, and follow Me.

It is in this spirit that I went to Romans 13 for the answer. The 13th chapter of Romans tells us to submit to government.

Romans 13:1
[ Submit to Government ] Let every soul be subject to the governing authorities. For there is no authority except from God, and the authorities that exist are appointed by God.

This is a hard truth for me and, I daresay for others as well. Our leaders were appointed by God. There is no questioning this point. I know it is God’s word but it is difficult to accept. Why? Because that means  even the  leaders  we disagree with have been given authority by God. Therefore, we must obey; Taking comfort in the truth that God is in control of His creation.So why the bad leaders? Why is it that God allows poor leadership and are we as Christians to speak out against it. Take into consideration the coronation of Sal. David was to be king. The man after God’s own heart was anointed in I Samuel 16. That was God’s plan However, in chapter 12 God gives the people what they want ahead of schedule. In their impatience, they clamored for a king and God heard them. And, it came with a warning.

There is much to consider here. First Samuel tells the people, ” Here is the king you have chosen.”

The imprecation is God didn’t choose Sal, the people did. The nation is outside the will or God and that is a dangerous place to be. Take note however, at the end of verse 13, God blesses the choice as He does so many times with us; not because we’re good but because He is.: “The Lord has Set a king over you.” This is not to be missed, the Lord did it not the people. He listened and gave the what they wanted even though it was outside His plan. The admonishment that comes next is not to obey the king first but to obey the Lord in all things. Samuel tells us, if we do that all will be well for us and the king. If we don’t the hand of the Lord will be against us. That is a strong word.

I believe it is a word for us today in this season of over the top politics and division as hasn’t been seen in a generation, obey the Lord first. Measure all things with the measuring stick of God’s word. If it doesn’t measure up then say so, without fear.

Expect Godly leadership and when there is none, pray for the leader and vote your values. In short, do all things as unto the Lord. As you can tell, I found my answer. Trust God, follow Him and speak the truth. Fear God not man.